The Swiss luxury watch company Rolex was founded in London in 1905 by Hans Wilsdorf and Alfred Davis. Rolex has been based in Switzerland since the beginning of the 20th century.

Rolex produced the waterproof Oyster case and the first watch with a Rotor automatic winding (Perpetual). Many important Rolex models appeared in the 1960s and are still being developed today: Submariner, Milgauss, GMT-Master and Day-Date.

In the 1960s the popular Cosmograph Daytona was launched and in 1967 the Sea-Dweller Submariner appeared. In the last 25 years, the series Yacht-Master, Yacht-Master II, Deepsea and Sky-Dweller have been added.

Rolex manufactures the complete watches itself and invests heavily in research, new technologies and excellent Service. The manufacture develops first-class chronograph calibers, all of which are certified as chronometers by COSC. 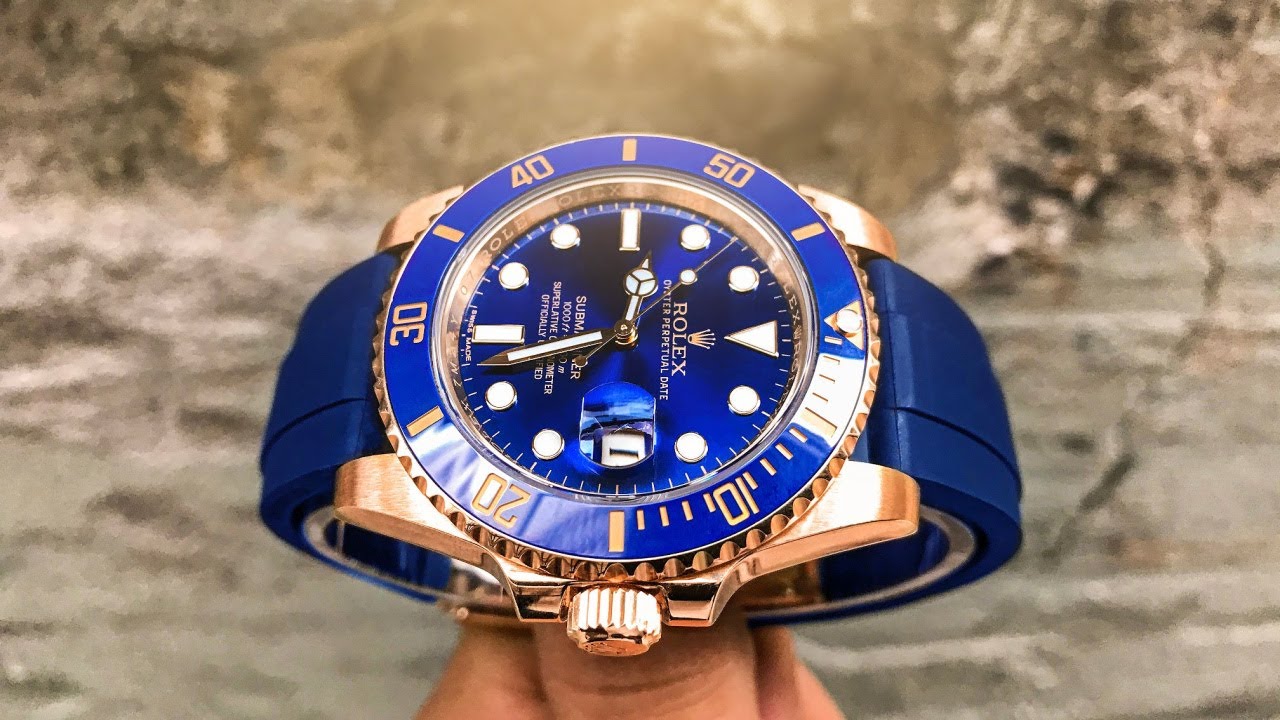 At Rolex, the focus is on the continuous development and improvement of existing models. All of Rolex’s latest watch collections were created 50 or even 60 years ago and have been carefully maintained.

Thus, the appearance of the models has been maintained or has been adapted very carefully. The casings became slightly larger, Rolex factories were installed and new technologies such as the Blue Parachrom Breguet spiral are now being used.

Rolex has a very high production depth and manufactured all parts of the watches themselves. Research, Quality Assurance, and service play an important role at Rolex.

Here you will find all current Rolex watches for men listed:

The Kulmbacher Hans Wilsdorf (1881 – 1960) came to La Chaux-de-Fonds at the age of 19 through a friend in 1900. There he came into contact with the watch industry. He bought pocket watches, read for these accuracy certificates from the Observatory in Neuchâtel (Neuchâtel) and then exported the watches to London.

In London, he joined forces with the case maker Davis and founded the watch wholesaler Wilsdorf & Davis. The Swiss watches of the Bieler watch company Aegler SA were first imported to Great Britain. In 1908 then became the brand name Rolex in La Chaux-de-Fonds.

Wilsdorf recognized the importance and opportunity of wristwatches above all others. In 1914, a Rolex watch at the British Kew Observatory won the precision pass a, an award previously held only by marine chronometers.

The Rolex company was founded on 15 November 1915. In the same year, England decided to impose a high import duty of 33.3% on watches. To avoid this tax, the Rolex headquarters and sales were moved to Biel.

In 1919, the company headquarters were moved to Geneva and since 1920, Montres Rolex S. A. has also been registered there.

In 1926, the first waterproof watch, the Rolex Oyster, was launched. Oyster). The secret of the watch was the screw-down case back and the screw-down crown (Twin Lock winding crown). Clever Marketing was decisive for the success of the Oyster watches.

In 1927 Wilsdorf donated an Oyster to the young English swimmer Mercedes Gleitze. She tried to swim through the English Channel on 7 October 1926. Wilsdorf took advantage of this event to prove the quality of the new Oyster housing in the media.

Although Gleitze had to stop, the Oyster survived the 10 hours in cold saltwater perfectly. To celebrate the success, a full-page advertisement was placed on the front page of the Daily Mail.

From 1927, the Rolex lettering was also affixed to the movements, dials, and cases.

As early as 1926, the variety of Rolex cases was expanded and the Rolex Oyster was presented with a cushion shape. In the same year, Rolex registered the Model protection for the elongated case of the Rolex Prince. The wristwatch then appeared in 1928 and was the first wrist Chronometer in series production.

The hours and minutes are displayed on the upper half of the dial. On the smaller dial in the lower half, the second-hand turns its rounds. The high precision was achieved by the Baguette caliber (form movement). The watch was also known as the” Doctor’s Watch”.

For Wilsdorf, a good wristwatch had to meet the three requirements of precision, water-resistance and automatic drive. With the certificates for accuracy and the waterproof Oyster case, only the third component was missing: the automatic movement.

As early as 1923, the Englishman John Harwood developed an automatic elevator. The first automatic wristwatch then used the movement energy of the arm to re-wind the movement.

The technical director Emile Borer developed the elevator further and Rolex patented the crescent-shaped Rotor in 1931. The Rolex Oyster Perpetual is equipped with the technology. The first Version was relatively bulbous and therefore had the nickname “Bubble Back”.

In 1940, The Crown was also decorated with the Rolex Logo. Just in time for the 40th anniversary of Rolex, the next Innovation appeared: the Rolex Datejust with Automatic date display. At midnight, the date display jumps to the next day.

The Datejust was of course also equipped with the Oyster housing and the automatic Rotor lift. The model quickly became a Hit and the unmistakable character of the watch remained until today.

The next legendary Rolex watch was presented at the Basel watch fair in 1954. There, the Rolex Submariner 6204 was presented with its black dial, striking luminous hands and indices. The timepiece has a practical rotating bezel and has been described by Rolex as” Submariner – the diver’s friend”.

The men’s watch waterproof up to 200 meters convinces not only amateur divers but also several professional marine units from Australia, Great Britain, and Canada. At that time, the bezel was still rotatable in both directions, but this was soon improved.

The 1950s was a particularly innovative decade for Rolex. In addition to the Submariner, the Rolex Milgauss (Ref. 6451) in the year 1954. To Stop for a mechanical watch harmful magnetic fields constructed Rolex a modified automatic caliber 1065 m.

In this automatic movement, a soft-iron inner housing was used to protect the watch from magnetic force fields up to 1,000 Gauss. In the meantime, Rolex uses the self-developed Parachrom, a Breguet hairspring, which defies thanks to the Niobium-zirconium-oxygen alloy magnetic fields. Since 1997, Rolex has reintroduced this model.

Another highlight of this decade was the Rolex GMT-Master presented in 1955. The Pan American Airlines approached Rolex with a request for a two-time wristwatch. The first GMT-Master (reference 6452) has an additional hour hand which moves every 24-hours on the dial.

The blue-red bezel could be rotated and served to set the second time zone. With the acrylic glass bezel and a magnifying glass for the date display, the models were quickly recognizable. The black dial provides optimal contrast for the large white indexes and hands.

Already in 1960, the second version (reference 1675) of the cult clock went on the market. This version was equipped with an official Chronometer certificate and also had flank protection for the crown. From 1982 Rolex offers the GMT-Master II.

A year later, the Oyster Perpetual Day-Date was launched. It was the first Amr band clock with date and day of the week, which was displayed in a window at 12 o’clock. The gold and platinum watch was equipped with a president bracelet created specifically for the watch.

Of course, Rolex also applied for patent protection in 1955 and secured the pioneering position again. The Rolex Day-Date is still one of Rolex’s most popular collections.

In 1957, Rolex presented the Golden Lady-Datejust, which was certified as a Chronometer.

In 1963, Rolex introduced the latest generation chronograph: Rolex Cosmograph Daytona. The Chronograph was designed as an instrument for racing drivers and, in addition to the tachymeter scale on the bezel, had a unique dial with three black functional eyes. 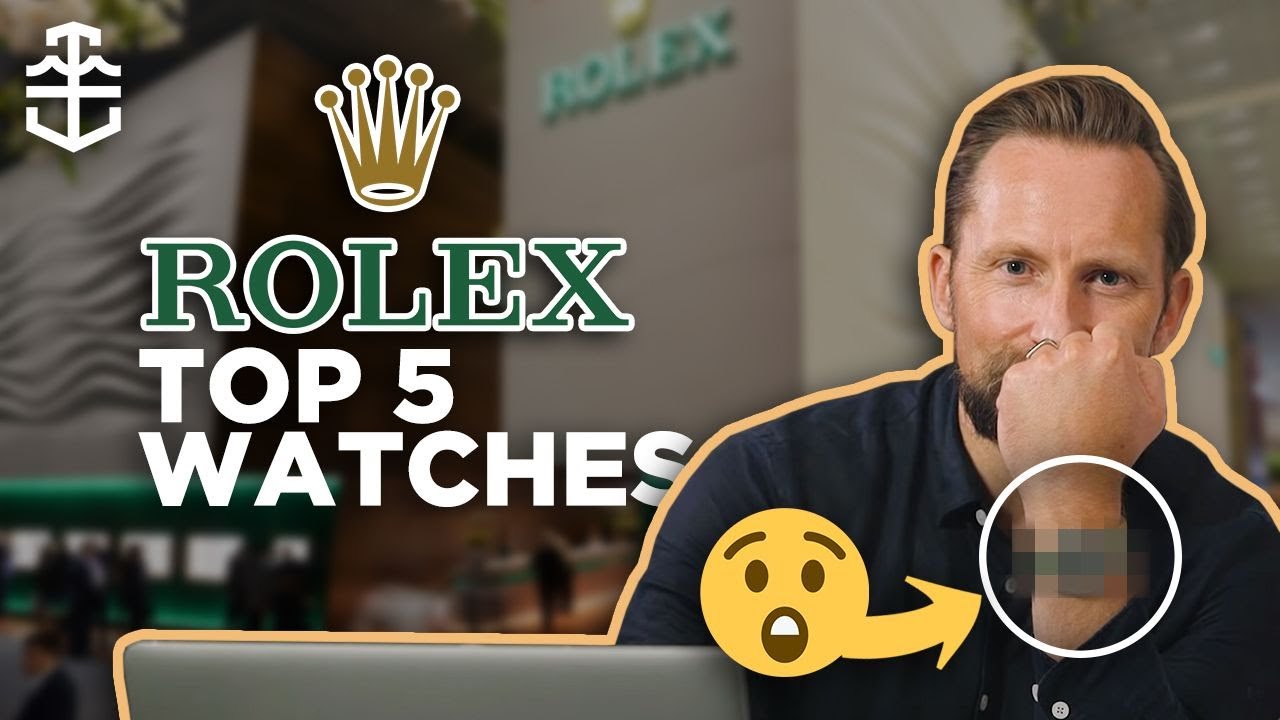 Rolex itself is considered extremely secretive and does not publish any figures. It is estimated that Rolex manufactures one Million watches annually and employs approximately 6,000 to 7,000 people worldwide.

On March 27, 2004, Rolex Geneva acquired its sister company Rolex Biel and since then there has been only one owner. Around 2,000 employees in Biel manufacture the plant components and assemble the plants.

As soon as the watches return from the COSC test, the works of Biel will be sent to Geneva. The works are then switched on there.

The Plan-Les-Ouates site in Geneva is the largest Rolex Building Complex. Here is also the foundry for the 18-carat gold alloys needed for the wristwatches. Here the yellow gold, white gold, and the special Rolex Everrose Gold are produced.

#BodyGoals: 5 Gym Equipment Pieces In Singapore To Improve Your Body